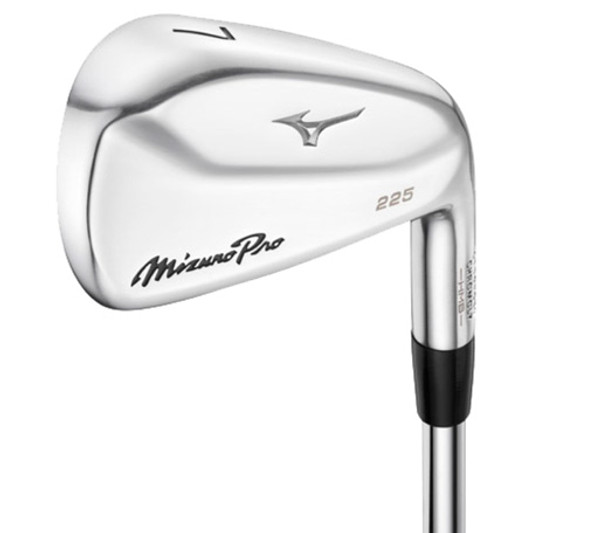 The 2ND GEN of Mizuno's staggering Hot Metal Blade – and the most playable of the Mizuno Pro series. More compact than the original with a revised CORTECH multi-thickness face for even quicker ball speeds. Equally effective as a long / mid-iron alternative for elite players or a complete set for low to mid handicaps. Grain Flow Forged in Hiroshima, Japan, with a soft copper underlay for a uniquely satisfying Mizuno sensation at impact.

FORGED IN HIROSHIMA JAPAN:
One-piece Grain Flow Forged HD at Mizuno's iconic facility in Hiroshima, Japan - where Mizuno irons have been produced since 1968.

SOFT COPPER UNDERLAY:
A microlayer of copper beneath Nickel Chrome - for the purest, softest feel made famous in the legendary TN87. Reintroduced in 2018.

1025E PURE SELECT MILD CARBON STEEL 9-PW:
For ultimate precision and control where it's most needed - the same construction as the Mizuno Pro 221.

BUILT FOR DISTANCE, SIZED FOR TOUR:
The Mizuno Pro 223 was sized to get into the hands of tour players - where looks are the first barrier. The Mizuno Pro 223 is smaller than its predecessor, the MP-20MMC - most noticeably in the scoring irons.

PRECISELY BEVELLED BACK EDGE:
To accomodate the micro slot but still provide an authentic tour accepted sole - the back edge is heavily bevelled.

MSRP:
Now: $1,312.99 - $1,500.00
Was:
Mizuno Pro 221 IronsThe Ultimate MusclebackInspired by the iconic blades of Mizuno past – evolved to be more playable through incremental refinements in shape and weight placement. Bevelled for the...

MSRP:
Now: $1,312.99 - $1,500.00
Was:
Mizuno Pro 221 IronsThe Ultimate MusclebackInspired by the iconic blades of Mizuno past – evolved to be more playable through incremental refinements in shape and weight placement. Bevelled for...

Fiddler's Green is an authorized PING Retailer, and Nationally Recognized fitting Account. However, we are not allowed to offer these items for sale online. To order or if you have any questions,...

MSRP:
Now: $999.99 - $1,142.99
Was:
TaylorMade Stealth Irons Features & Benefits: CAP BACK DESIGN WITH TOE WRAP CONSTRUCTIONCap Back Design with toe wrap construction expands the distance, forgiveness and feel benefits of the...

MSRP:
Now: $179.00
Was:
Every Vokey wedge is a demonstration of two distinct realities: the precision of engineering and the artistry of craft. The materials and structure of SM9 wedges represent Titleist's most...

MSRP:
Now: $799.99 - $1,028.99
Was:
Callaway's MAVRIK Irons appeal to a wide range of players, with incredibly fast ball speeds from A.I and our Flash Face architecture for long, consistent distance. To provide complete performance to...

MSRP:
Now: $149.99 - $159.99
Was:
Cleveland ZipCore Wedge ZipCoreA lightweight, low-density core sits at the heart of the club. While reducing vibrations and perfecting center of gravity, it also boosts MOI for improved...